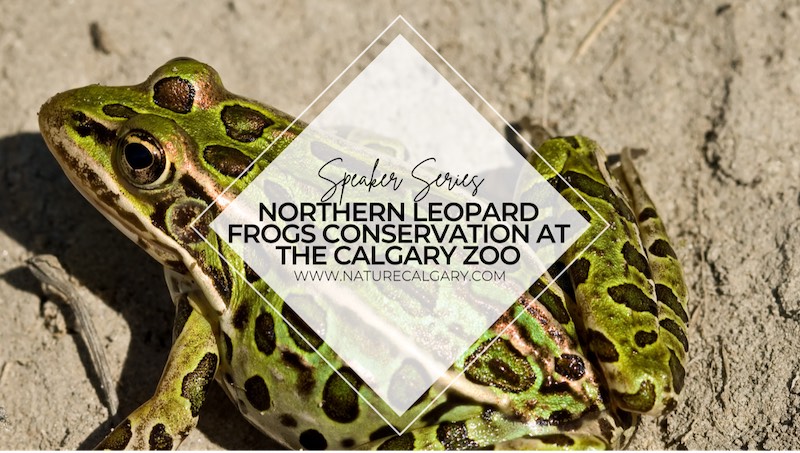 Lea Randall will present on amphibians in Alberta and on-going conservation efforts for Northern Leopard Frogs at the Calgary Zoo including captive breeding and reintroduction efforts in British Columbia.

“The northern leopard frog is considered to be the most endangered frog in British Columbia and are genetically distinct from others found in Canada”, says Lea Randall, Population Ecologist, Calgary Zoo. “One third of the world’s amphibian species are at risk of extinction. We know that frogs play vital roles in our ecosystems and by having an on-site reintroduction conservation program will help to ensure their survival into the future, and ultimately help global amphibian conservation efforts.”

Presentation to begin at 7:30pm

NATURE CALGARY MEMBERS: Check your Nature in Calgary Newsletter for the Zoom Link