The Nature Calgary Bird Study Group collects information and resources to help all Calgary birders. Find below locations, events, presentations and information for birders with all types of experience. If you have resources you want to share, send us a message. 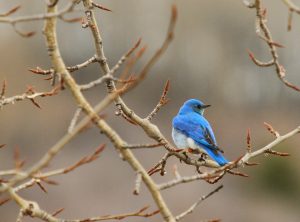 Articles and presentations from the Bird Study Group
Birding off the Beaten Track: Water Valley Area – Brian Elder, May 2014
Birding the Grasslands for Passerines and Birding the Grasslands for Non-Passerines – Birding information for species of the grasslands of southern Alberta by C. Eric Tull, 2008
Empidonax Flycatchers – by Dr. Scott Lovell, 2013
Woodpeckers as a keystone species – by Grant Brydle, 2008
Owl Nesting Sites – by Grant Brydle, 2011
Boyle and Martin 2015 – Dr Kathy Martin’s paper, basis for her talk in Feb 2016 on “The Conservation Value of High Elevation Habitats to North American Birds”
Rare & Notable Birds – Alberta – Part 1 and Part 2 – James Fox and Michael Seven, 2017

Locations
Calgary hotspot maps – Nature Calgary and TD Friends of the Environment are pleased to offer these complimentary maps to help you explore and learn about Calgary’s best and most unique birding hotspots.
Birding locations – Nature Calgary’s maps and routes for good places to find birds in Calgary and the prairies, foothills and mountains.
Species locator – Search for a particular species and find where and when to spot them.

Birding software
Thayer Birding Software for Windows and Mac computers (Use activation code “WILDLIFE” for 50 per cent discount. Children can access the program for free by using the code “NatureCalgaryYoungBirder”)

Sage Grouse emergency order
All birders visiting the southeast corner of Alberta must remain in compliant with the federal emergency order for the Sage Grouse between April 1 and May 30 of any given year. View the map of the affected area.

Other Birding Links
Code of Birding Ethics – Code of Birding Ethics from Bird Canada
Female Bird Song – Researchers from the USA and the Netherlands are documenting female bird songs.
BirdSafe by Flap Canada – How and why to keep birds safe from daytime and nighttime bird-building collision threats, for your home and for your workplace.
Official List of the Birds of Alberta – Also includes reports of the Alberta Bird Record Committee.
Rocky Mountain Eagle Research Foundation – Monitors the raptor migration along the Eastern Slopes.
Calgary Bird Banding Society – Migration monitoring and more.
Bird Studies Canada – Citizen science to promote the understanding and conservation of wild birds.
Important Bird Areas of Canada – A science-based initiative to identify, conserve, and monitor a network of sites that provide essential habitat for Canada’s bird populations.
eBird Canada – A real-time, online checklist program, eBird was launched in 2002 by the Cornell Lab of Ornithology and National Audubon Society.
2012 State of Canada’s Birds report – A comprehensive report on the abundance and declines of species in Canada.
2014 State of USA Birds report – One hundred years after the extinction of the Passenger Pigeon, a report on the abundance of species in the U.S.A.
2014 Audubon’s Birds and Climate Change report – The threat to North American bird species from climate change. Shrinking and shifting habitats could imperil nearly half of US bird species in this century.
2010 Nature Calgary Birding Competition – 262 species were seen within Calgary city limits in 2010 by the participants.