Home > About > Connections and Partnerships 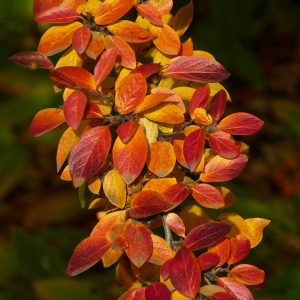 Nature Calgary partners with conservation and research organizations to improve the preservation of natural areas within and beyond Calgary. Here are opportunities to get involved with research and advocacy on local issues.

Rocky Mountain Eagle Research Foundation (RMERF)
RMERF is looking for volunteers to assist with its spring and fall eagle and raptor counts in Kananaskis Country.  The 2018 spring count will be help on from March 1 to April 22, 2018. This is an important contribution to citizen science, monitoring the Golden Eagle migration pathway along the Front Ranges. More information about observing and workshops.

Weaselhead/Glenmore Park Preservation Society
Weaselhead/Glenmore Park Preservation Society and Nature Calgary are partners in a research project that is supported by staff from the City of Calgary and Cows & Fish, to investigate the control of invasive shrubs in riparian areas. The project will take place in the Weaselhead over the next three years, starting in May/June of 2012. Many thanks to the volunteers who helped with this project.

Nature Calgary has a long history of being involved in environmental matters in the Calgary area, and currently has representatives on the following advisory boards or committee:

Nature Alberta
The Federation of Alberta Naturalists (Nature Alberta) is an organization for 18 natural history clubs in Alberta, including Nature Calgary, with a province-wide focus on natural history issues and is the voice of Alberta’s naturalists. They have a quarterly publication, The Alberta Naturalist, and were instrumental in the completion of The Breeding Atlas of Birds in Alberta.

Nature Canada
Nature Canada is a non-profit conservation organization with over 40,000 supporters and a network of more than 100 affiliated naturalist groups including Nature Calgary. Nature Canada’s mission is to protect nature, its diversity and the processes that sustain it.

Nature Lethbridge
Founded in 1966 then established as a Society in 1976, the Lethbridge Naturalists’ Society is a group of people interested in Natural History.  Their focus is the study of animals or plants, especially with observation rather than experiment, and presented in popular form rather than academic form.

See the Nature Alberta club directory for more regional groups throughout the province.

Alberta Environmental Network – Network of environmental organizations and groups from around Alberta.

Save the Slopes– Protection of Paskapoo Slopes in Calgary.

Weaselhead and Glenmore Park Preservation Society – Protect and restore biodiversity in the Weaslehead/Glenmore area of Calgary.